Social Security is one of the most important benefits you can receive in retirement by providing you a stable income stream. And yet, you have the option to increase your income by deferring benefits to a later age. Should you defer or collect your benefits as early as possible? In this article, we delve into this popular question.

WHERE DID SOCIAL SECURITY COME FROM?

“This law represents a cornerstone… a law that will take care of human needs and at the same time provide for the United States an economic structure of vastly greater soundness.” – August 14, 1935, Franklin D. Roosevelt.

In 1935, President Roosevelt signed the Social Security Act into law. The act provides seniors with guaranteed income in retirement. Retirees no longer had to worry about crushing poverty and destitution, as they now had access to a source of income that they couldn’t outlive.

Today, Social Security is the cornerstone financial resource for most retirees. The federal government is upholding President Roosevelt’s promise to shield seniors from “the hazards and vicissitudes of life.” However, many retirees are not receiving the full benefit of Social Security.

Breaking Down The Benefits of Social Security

The age at which you can receive the full benefits of Social Security is different depending on when you were born. Also, Social Security can be delayed until the age of 70 and your benefits increase by 8.5% each year you delay.

Another significant benefit is that Social Security has a generous Cost of Living Adjustment (COLA). That means your income increases to adjust for inflation or rising prices. With annual inflation currently at 2%, each year you delay Social Security, you receive a 10% increase in total benefits.

A rate of return that high and consistent is unmatched except for a few financial products. For example, Social Security is 30% more effective than any annuity currently on the market. Despite the windfalls from deferring, only 3% of retirees wait until age 70 to take Social Security. As a result, most people receive only a small fraction of their entitled benefits. 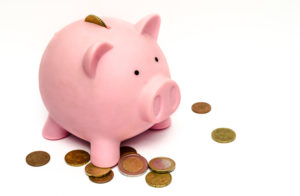 There are many reasons people decide to take Social Security early.

Concerns about drawing down their principal savings balance leads retirees to claim Social Security early. They’re worried that withdrawing principal will leave them completely dependent upon Social Security in their later years.

Taking the benefits early and investing them is another reason for not deferring. However, it’s important to remember that delaying Social Security will provide concrete and secure benefits over time, which will make up for any principle lost and the benefits are not subject to risk.

Other people worry about the risk of “losing the bet” with the government. They look at delaying Social Security as a bet, one they can only “win” by living to a certain age. These people often decide to take what’s already available rather than “taking the risk.”

While you can certainly look at delaying Social Security as a gamble, in actuality, the benefits are more like insurance. The fact is, people are living longer today than ever before in human history. Medical technology is advancing rapidly, and that brings on a new risk: Longevity Risk. Today, living too long can find you outliving your savings. By delaying Social Security, you’re insured against longevity risk, freeing you from financial insecurity in your old age.

The table below features the Social Security payments received by two similar individuals over 30 years. Both paid into Social Security for most of their lives, and both earned a pre-retirement income of $120,000 annually.

As you can see from the example, the two reached a breakeven point for their cumulative benefits at the age of 81.From then on, Jill’s total benefits at age 90 was over $100,000 more than John’s. If John and Jill were both married (to different people), their spousal benefits would follow a similar track. Of course, some don’t believe they’ll make it to 81.

Of course, the average lifespan is just that, an average of many people including people with terminal illnesses and health problems. In actuality, 23% of the current retirement population is over 80 and over half of those people are over 90 years old. Moreover, the 23% over 80 years of age is expected to become 30% by the time the majority of Baby Boomers have retired. That’s assuming there aren’t any unexpected medical breakthroughs in the next decade or two.

When it comes to income planning, it’s vital that you maximize any sources of income that you can’t outlive. Social Security is one of those benefits that is consistent, guaranteed, and you’ll never outlive. I recommend you speak with your financial adviser to discuss how you can maximize your Social Security benefits.