One year ago, I heard about this incredible new artist who was featured in New York City’s Outsider Art Fair. For those who are unaware, the Outsider Art Fair is the premier stage for the greatest self-taught artists in America. His name was Robert Sundholm. There’s one thing in particular that struck me about Mr. Sundholm. He was a 75-year old man. More than that, he didn’t start painting until he was 60 years old. 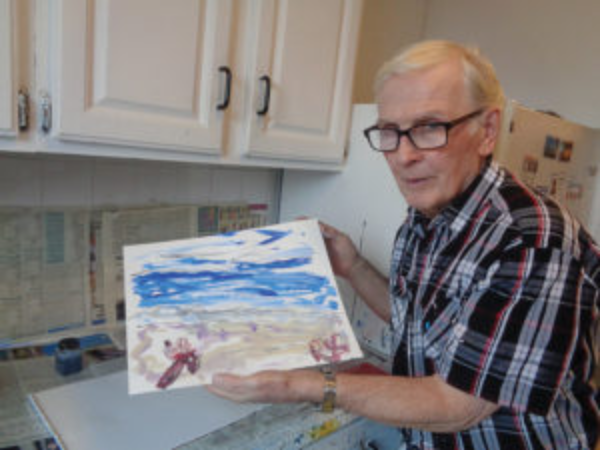 Mr. Sundholm is just one example of how retirement is changing in America. Retirement used to feel like a great divide in one’s life. When someone retired, there would be a big workplace party, and that would be it. That was the end of that person’s presence in the workforce. However, today’s retirement is different.

Today’s retirement is less of a divide and more like a shift. It’s becoming more popular for recent retirees to take advantage of their post-employment status to pursue passions that they were previously unable to pursue.

For instance, Mr. Sundholm, who spent most of his life as a laborer, took up painting and found great success. Other examples include Patty, a 60-year old former accountant from Florida who’s learning to be a pastry chef and Valerie, and 70-year old woman from Texas who teaches meditation while in retirement.

The 3 Phases Of Life

The above examples are indicative of changing times. For some adults, it appears that life now has three phases:

I believe the change in retirement status is wonderful. So many people are prevented from following their dreams by the needs of the real world. It’s incredible that people have been able to use retirement to explore their dreams in ways no one expected.

However, as with most things in life, the good from the new retirement phenomenon is tempered by some bad news. It appears that these success stories are encouraging some people to alter their retirement plans. A recent survey by Willis Towers Watson found that over 20% of adults are planning to continue working up to and well into their 70s. Many of these folks have adjusted their retirement plans to account for working longer.

I believe planning to work in retirement is great. However, it’s important to maintain some perspective. According to the Employee Benefit Research Institute (EBRI), more than 60% of people retired before they had planned. Two-thirds of these retirees were forced to quit working due to health reasons. Moreover, among those adults who work into their 70s, more than half work part-time.

And, please bear in mind, most of the success stories previously mentioned are independent workers. The harsh reality is that it’s more difficult for retirees to work for someone else than it is to work for themselves. Unfortunately, age discrimination will likely come into play when you’re looking for a job in retirement. Moreover, working after 60 is just harder.

At the risk of repeating myself, I believe the shift from a two-phase to a three-phase life is terrific. However, it’s always important to treat your retirement plans with care. If you’re near retirement age and your current plans are based on your ability to continue working into your 70s, it might be time for you to sit down with a financial adviser.